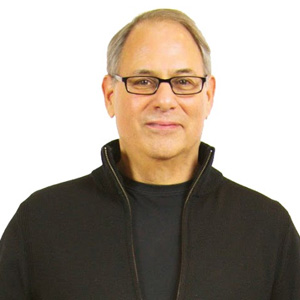 David Smith, Co-Founder
Combining their experience as owners, operators and sales consultants in the senior housing industry, David Smith and Alex Fisher founded Sherpa in 2013 as a way to scale empathic sales behaviors in an industry that was rooted in transactional, need-based sales. The methodology built into Sherpa empowers sales teams to build relationships and make meaningful plans to effectively assist their clients in making a change. “Sherpa is an empathy machine,” says David Smith, Co-Founder. “It is well known and well documented in publications such as Harvard Business Review that the most successful sales people have high emotional intelligence and demonstrate empathy throughout their encounters with propects. We have baked that science into Sherpa, and we’re the only CRM in the industry offering that level of intuitive coaching within a CRM platform.”

Focused on the senior housing arena, Sherpa’s CRM platform improves conversion ratios by intuitively encouraging good sales behaviors. Co- Founder Alex Fisher says that with increased demand and capital entering the market, the senior housing landscape is changing rapidly. “The older, data-driven CRM’s are being forced to exit or introduce change into their existing system,” says Fisher. “We place the person before the sale, which is the way a lot of other industries approach sales, but in senior housing it’s a novel concept. We wanted to build a CRM that added value and that was more than an organizational tool for sales teams. Starting in the senior housing industry was important. It’s one of the most difficult decisions we could ever be asked to make, and the consumer deserves to be treated with respect and empathy while making their buying decision.”

Sherpa encourages sales teams to get to know prospects on a human level by encouraging them to dive into their life, understanding factors such as what they value, what a typical day looks like for them, and what legacies and themes govern their decision-making.

“Our goal and focus is to help customers identify a suitable product— it’s not our decision, it’s theirs and our job is to guide them along that journey and to be of help, even if they ultimately decide our product isn’t the right fit for their needs,” says Smith. 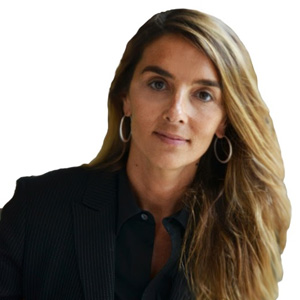 Alexandra Fisher, Co-Founder
And the approach is proven—following an analysis of Sherpa users by ProMatura—an independent senior housing market research and advisory firm, the results were consistently positive. “The more time we spend interacting with prospects, the higher our conversion rate,” adds Fisher.

Other CRMs in the market are data and task-driven—they focus on process management but not prospect management. Sherpa highlights and illuminates the sales behavior impacting its customers’ future at the moment it occurs so anyone can modify their approach to be more effective.

Empowering organizations with the tools and guidance to reinforce effective sales behaviors and sales culture across their enterprise for almost three years, Sherpa has systematically and aggressively been extending its market share in the senior housing industry with plans to expand into other industries in the future. Forging ahead, the co-founders are hopeful of developing a more intuitive app, which will guide users at the point of action to further improve and encourage their behavior.

“We don’t build our value into complicated pricing structures or data management. We build our value on the basis of our ability to improve sales conversion rates and our growth is simply the result of that,” affirms Fisher. 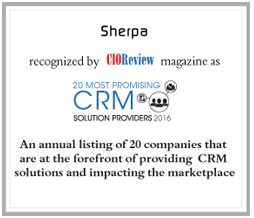 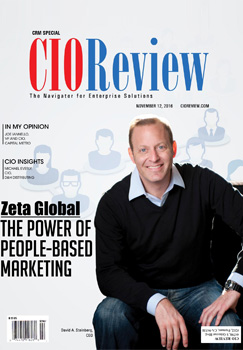