Despite big investment, most companies aren't using their CRMs 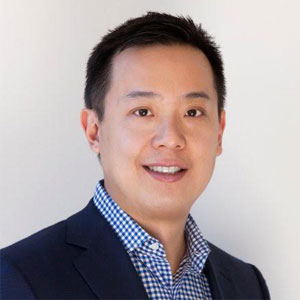 CRMs are a critical tool for sales teams to build and maintain relationships with customers. Estimated to value $36 billion, it’s evident the CRM market is booming. Yet despite this investment and the need for CRMs, many sales teams simply aren’t using them.

According to CSO Insights, less than 40 percent of businesses that use CRM have full-scale user adoption. Add to the fact that nearly half of CRM implementations fail, it's clear that CRM user adoption is arguably the greatest challenge facing today’s sales teams.

With so little overall user adoption, it’s logical to raise the question: how much money is being wasted on CRM systems that aren’t working? Not only are companies losing money by investing in software that isn’t getting used, but they’re also losing out on potential opportunities that could have generated more revenue had the systems been properly implemented.

So why aren’t salespeople using a tool that was designed to help them excel at their job? The short answer is that CRMs simply aren’t helping. Most CRMs are complex, contributing more to inefficiency than solving it.

At the heart of the CRM user adoption problem is how much these systems ask from their users. Sales reps are required to manually enter data, which entails jumping back and forth between multiple applications and emails. Unsurprisingly, sales reps would rather spend their time making actual sales instead of getting bogged down in tedious data just to keep their CRM updated. So, many sales reps choose not to use their CRM. When data doesn’t get entered, insights can’t be uncovered and improvements can’t be made, fueling a self-perpetuating cycle of inefficiency.

Even when salespeople can find the time to enter data, the numbers are unreliable. Because the data must be manually entered, there’s always the chance for human error. Add to that the fact that salespeople are already fed up with the system and pressured for time to begin with, and the margin for error is likely even higher. By nature, human error makes traditional CRM reports inconsistent and undependable.

If demanding too much from salespeople (and the resulting unreliable data) is the cause of low user adoption, then the solution is simple: minimize user interaction. The CRMs with the highest user adoption rates will be the ones that seamlessly integrate with the productivity apps that sales teams are already using most, like email, contacts and calendar.

Integration not only makes CRMs more accessible and less complex, it also eliminates the data entry process. By pulling existing information across various applications from the cloud, integrated CRMs minimize user integration, allowing salespeople to quickly access customer data and focus on what matters most to them: closing deals.

Implementing the Right CRM There’s a very straightforward reason for why traditional CRM user adoption rates are so low: they’re awful to use. Modern CRMs are addressing this concern by focusing on decreasing user interaction and providing salespeople with a more coherent, uninterrupted experience.

Executives need to be extremely discerning when it comes to choosing a CRM. Integrations that are simply bolted-on won’t do much when it comes to solving the usability problem. Rather, CRMs must be built around the idea of seamless integration from the ground up, ensuring the highest level of user satisfaction and, more importantly, guaranteeing you’re getting the most out of your sales team.

ROI Solutions: Bringing About Change from Behind the Curtains

Touchpoint Solutions: Bridging the Gap Between Technology and Outcomes

Infoglen: Key is to Align with the Client's Goals

Streak CRM: Streak is the Future of CRM

RepBox: More Than a CRM

CEO Of The Month - Rory Cutaia, bBooth, Inc. [OTCQB: BBTH]: The Art Of The Pivot – How One CEO Navigated The Uncharted Road To Reset

FunnelMaker: Crossroads of Sales and Marketing

Nanorep: Bridges the Gap between Businesses and Consumers

ConnectAndSell: A Bridge between Marketing Automation and CRM

Unlocking the Value of Connected Cars

Comprehensible Distribution of Training and Information...

The Current Focus is On Comprehensive Solutions

Big Data Analytics and Its Impact on the Supply Chain

Carmax, the Automobile Business with IT at the Core

The CIO's role in rethinking the scope of EPM for...

Transformative Impact On The IT Landscape

Get Ready for an IT Renaissance: Brought to You by Big...

Technology to Leverage and Enable

Speed is the Name of the Game

A Call for More Consistent and Better Customer Experiences

The Evolution of the Matrix

How Blue Shield of California implements finance technology in...